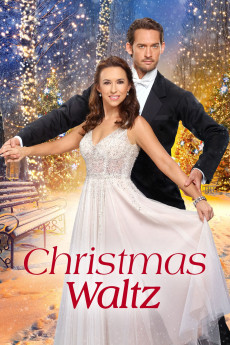 Drama / Family / Romance Avery, a Manhattan contract lawyer, has long dreamed of a fantasy Christmas wedding, something that her fiancé David has obliged despite their respective extremely busy work schedules. She also dreams of having an elegant first dance, ballroom which neither she or David know how to do. As such, especially as she is the type of person who needs to do things well or not do them at all, she wants to sign them up for a couple of waltz lessons. When with just over three weeks until the wedding David makes a unilateral decision that she sees as placing his career over her, Avery responds by breaking up with him. Remembering back to her childhood when she did take a few dance classes, with she further reminded by her parents that they pulled her from those classes in focusing on other activities at which she had greater aptitude, Avery ultimately decides to keep the ten waltz lessons up for which she signed her and David, she now going in solo under the tutelage of the dance schools owner, Roman. Despite the disaster of her first lesson leading to thoughts of quitting, she, with Romans help, perseveres in part due to the two of them being tied together in a personal sense out of circumstance. In the process, the two make a human connection as Avery flourishes as a waltzer and changes as a person. As a romance between the two seems a possibility, that possibility is threatened as David reenters her life asking for her forgiveness in wanting their marriage plans to get back on track. —Huggo