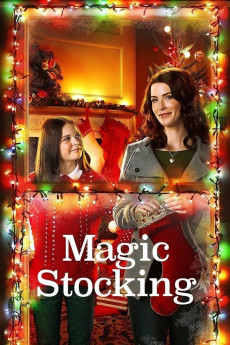 Family Its been three years since Doug Monroe died during the lead-up to Christmas. His widow, Lindsey Monroe, a planner with the Township of Gilford, has been reluctant to do Christmas ever since as Doug was an integral part of the Monroe family Christmas routine. Lindsey, who has not been able to put Doug behind her, is finally able to put up Christmas decorations this year for the first time since Dougs death. Their now-preteen daughter Hannah is excited to have the Christmas spirit in the house again if only in this small way. Hannah is desperately wishing for and expecting a puppy for Christmas, something that Lindsey does not want to oblige for reasons she has not told Hannah. This Christmas season at her work, Lindsey must deal with Mayor Fred Barnes supposed pet project: rebuilding the long-gone gazebo in the town square exactly as it was, to be completed in time for the historic Christmas-Eve town lighting. He has hired Scott Terrell, new to Gilford, to build the gazebo. The problem is that there are no records of the old gazebo itself. While Lindsey believes any gazebo will do with the primary goal of getting it done for the lighting ceremony Scott is determined to build the gazebo exactly as it was. While attending a Christmas bazaar at the church, Hannah is given a Christmas stocking by one of the bazaar merchants, an elderly woman no one seems to know. When Hannah hangs the stocking on their fireplace mantel, inexplicable things begin to happen to her, Lindsey, and Lindseys exuberant mother Donna Chastain that bring more and more Christmas spirit back into their lives. Hannah and Donna start to believe that the stocking has magical Christmas-spirit-returning powers, and Hannah receiving the stocking was absolutely no accident. Lindsey, who admits that she is attracted to Scott but isnt ready for a new relationship, requires a stronger miracle to make her believe in the stockings Christmas spirit. —Huggo